Hello. My name is Jeff Mach, and as I write this, we’re about a week past the two-year anniversary of my initial internet mobbing, a sudden, well-coordinated attack which began with a number of anonymous allegations, and has gone from a point of being horrifying and implausible, to surreal and impossible. (If I were the worst person on Earth, I couldn’t have done half the things of which I’m accused; I’d need vast resources and a time machine. I don’t think there’s a James Bond villain with the ability to commit the vast swathe of weird atrocities attached to my name. But all those things are stories for another time.

Having gone through the blistering, healing fires of social callout, “cancellation”, and mass online attack, I am in what I sincerely feel is a very lucky position:

Unlike the vast majority of people in the Internet age, I am no longer afraid that I’ll suddenly be targeted by an angry online mob.

And the reason is that I already have been.

And that’s important, because, like any life-changingly negative experience, part of what empowers online mobbing is simply the fear it inspires. We look at those who get mobbed, and whether or not we like that person, we say, “I’m glad it’s not me.”

That’s a large part of what gives the mob its power: nobody wants to be next.

Cancel Culture, being an irrational and misguided force, often holds self-contradictory beliefs. So, for example, it regularly maintains two guiding principles  which are essentially incompatible: that Cancellation powerful and strong and worth doing; and also, that it’s nowhere near enough. It will hold up anyone who’s been Canceled and say, “Hey, look: this is what happens if you mess with us, so keep your mouth shut and don’t piss us off.” And then it will also say, “Notice that the Canceled person is still alive/has only lost money/is still tweeting/still has a job/isn’t dead; stop claiming that Cancel Culture is hurtful.”

It’s more accurate to say that online mobbing is destructive, dangerous, and (while proponents deny this) has played a role in more than one suicide. It is dangerous.

The destructive power of Cancel Culture matters because in the end, it suffers the same fatal problem of any mobbing: mobs are angry, emotional, scared people attacking things they perceive as threats, not necessarily with good reason (or even any real reason). And throughout history, this has meant that, no matter how well-intentioned the participants in the mob might be, it will, at least sometimes, be weaponized by those who have no-one’s best interests at heart but their own. Or to put it more bluntly: I’d love to believe that 99 people out of 100 are well-intentioned, ‘good’ people who only attack others when they feel it is absolutely necessary.

That’s probably a rather optimistic estimate; I’d say that, if given an opportunity to hurt someone you dislike, with no real likelihood that they can strike back or even find out who you are, the percentage of people who’d be tempted to use vigilante ‘justice’ for their own ends is probably quite a lot higher. But even if my rather arbitrary guess of “one person in a hundred” is true, online mobs are triggered by, and consist of, several hundred or even thousands of people. Some of those people are going to have their own agendas. That’s not pessimism or cynicism; that’s just math.

This is the comforting lie which lets people participate in Cancel Culture, sincerely believing that they are safe and they’re doing the right thing: “Only bad people need to be afraid; I and mine will be okay.”

This is the dark underbelly of that idea: no matter who you are, somebody thinks you’re a bad person right now. And you probably know this.

This blog is, for now, a collection of my thoughts on Cancel Culture. But if you take nothing else away from this writing, I offer you these two things: 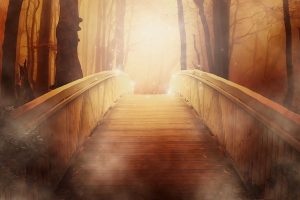 "To light a candle is to cast a shadow." -Ursula Le Guin View all posts by Dark Lord Jeff Mach